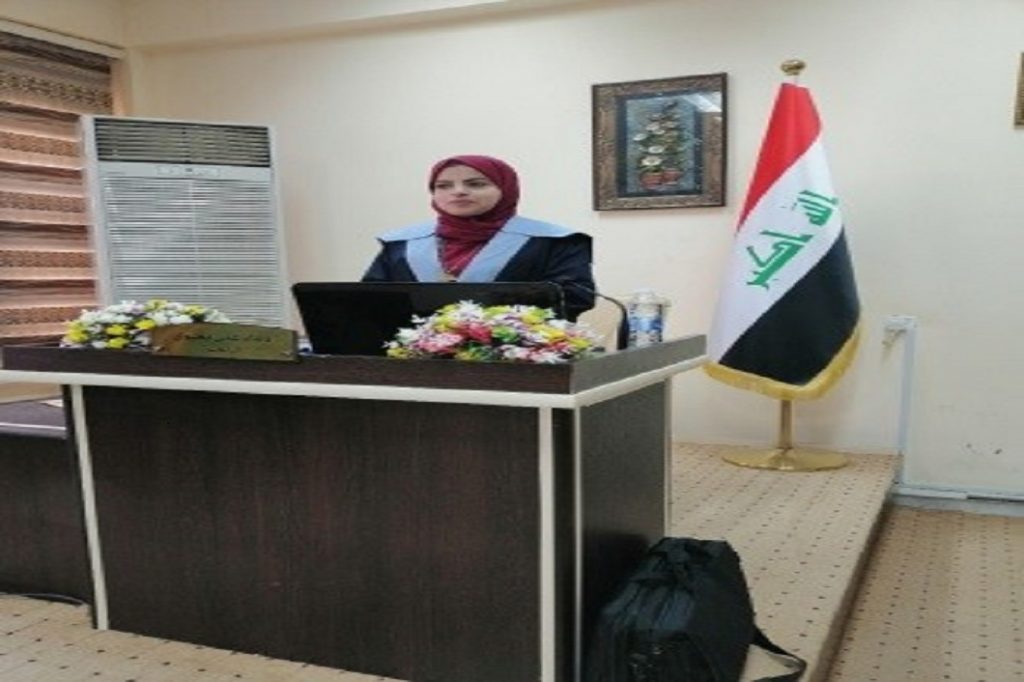 Discussion of a dissertation of M.Sc student Douaa Ali Baiwi of the Biology Department untitled “Effect of Bacillus subtilis on microbial community growth performance and some haemato-immunological parameters of common carp (Cyprinus carpio)’ was conducted on the 1st February 2021 at the college of science/ university of Kerbala.
The study which was under supervision Dr. Ali Atteah aimed to demonstrate the effect of probiotic bacteria on the health of carp fish by studying their effect on the microbial community in the fish intestines, as well as studying blood indicators, growth factors and some immune parameters. The fishes were divided into two groups, the first type is the treatment group where the fish were fed by feed containing the bacteria Bacillus subtilis. The other one was the controlled type, where they were fed with feed only for a period of six weeks. It was found that this bacteria has the ability to compete with the pathogens in fish and remove it completely, as well as enhancing the immune role of fish by raising the levels of the immune genes of the inflammatory genes, as well as reducing the levels of anti-inflammatory genes. The study recommended continuing this type of studies to enhance the country’s livestock, as well as directing the relevant authorities to adopt the nutritional system free from industrial proteins and antibiotics that may be transmitted. Its effect on the consumer and consequently the effect on his health in one way or another.