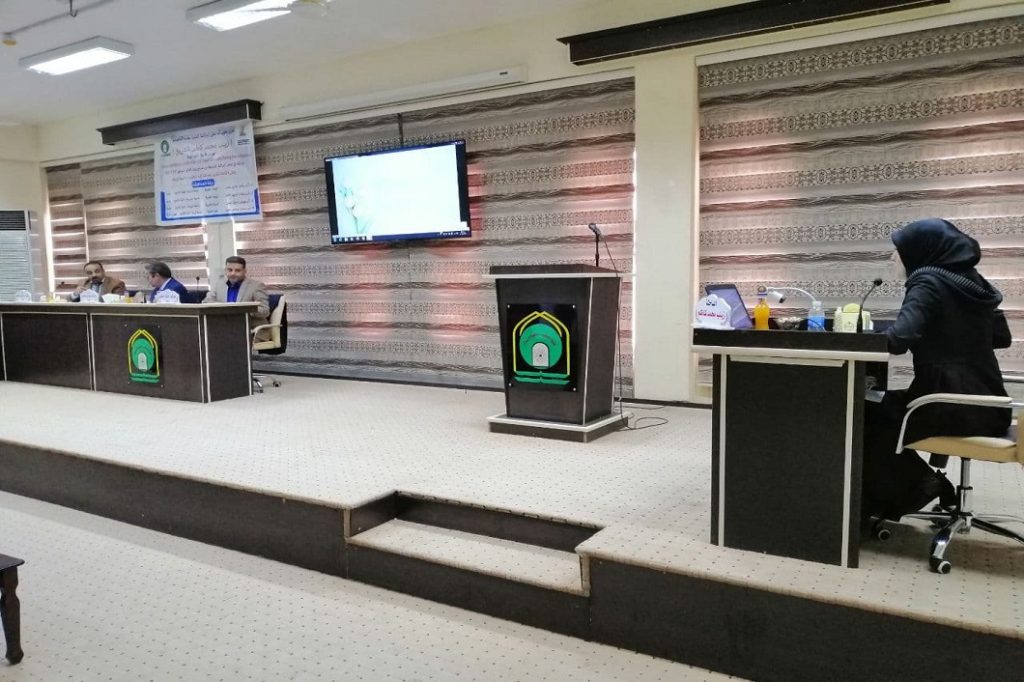 The College of Science has discussed the master’s thesis tagged (Synthesis and biological activity of bis-1,2,3-Triazole Derivatives Starting from D-mannitol) by the student Zainab Mohammad Kadhum Al-Sharoufi and under the supervision of (Assistant Professor Dr. Adnan Ibrahim Muhammad). The aim of the study is to prepare a new 3,2,1-triazole derivative starting from mannitol and study its toxicity. The prepared compounds were diagnosed by TLC, FT-IR, NMR, COSY, HSQC, HMBC and HRMS, and the prepared compounds were examined in the laboratory. against human stem cells and was found to have moderate cytotoxicity
Among the most prominent conclusions reached by the research, it was found that the prepared new compounds have biological applications. The prepared protected compounds had a toxic effect on human stem cells.
Recommended: It is suggested to conduct a deep examination of the activity of the prepared compounds against various types of pathogenic bacteria and fungi.
2- The prepared compounds can be used as ligands in the synthesis of metal complexes that have many applications in the field of medicine, materials science, or in catalysis as a catalyst.