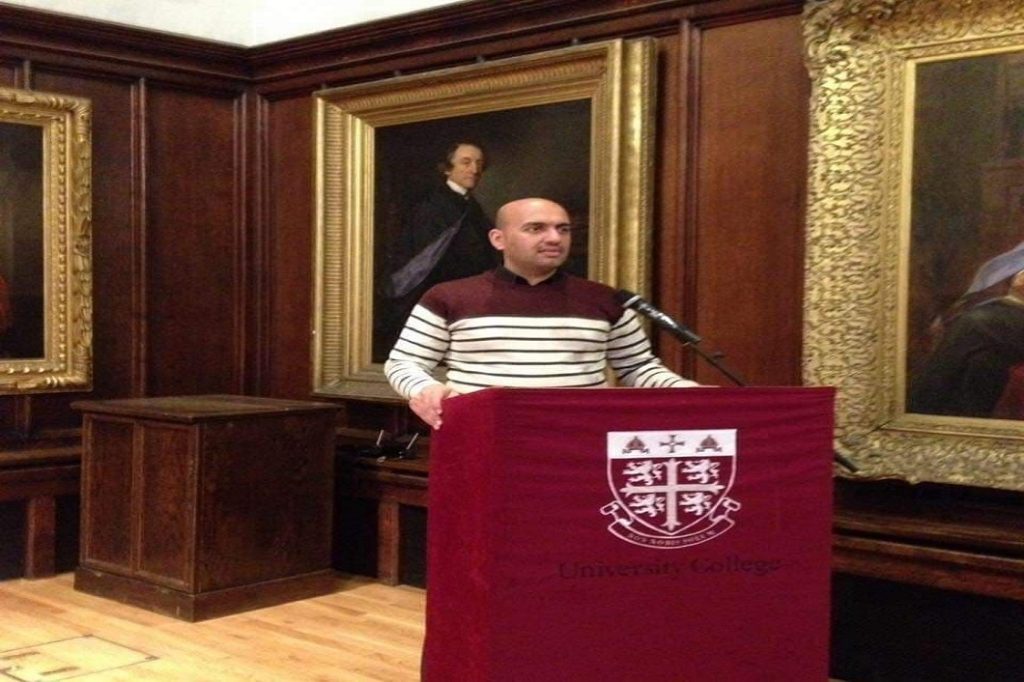 Assist. Prof. Dr. Hassan Faisal Al-Yasari has published his research entitled (Influence of different concentrations of nicotinic acid on the electrochemical fabrication of copper film from an ionic liquid based on the complexation of choline chloride-ethylene glycol), where he was invited to participate in the research by Professor Cal Rider, Professor Andy Abbott, Dr. Andy Plantin and Dr. Mark from the University of Leicester in the UK. This work represented electroplating of copper on iron metal from a modified ionic solvent prepared from choline chloride with ethylene glycol (Ethaline 200) in a molar ratio (2:1) and with the presence of boric acid additives. The physical and mechanical properties of the deposited copper layer were improved compared to the resulting paint from solutions that do not contain additives. The physical and electrical properties of the coating fluid were studied using cyclic voltammetry techniques, and the properties of the coating surface such as crystal structure and surface components were investigated by SEM/EDX, and the topography and surface roughness were studied using AFM technique. As for XRD, it was used to study the crystalline structure of the (Zn-Ni) layer, as well as the hardness and corrosion resistance of the coating in a saline medium by using the Tafel and Impedance techniques.
The aim of the research is to apply the idea in painting the metal structures of cars, planes and other metal parts to protect them from corrosion and give them a shiny look. The most important finding of the research is that the cost of using electric current during the coating process from these ionic liquids is very low because the amount of hydrogen released on the surface of the cathode is low compared to coatings from aqueous solutions. Also, ethylene is considered non-toxic, easy to prepare, and has a high ability to dissolve metallic salts.