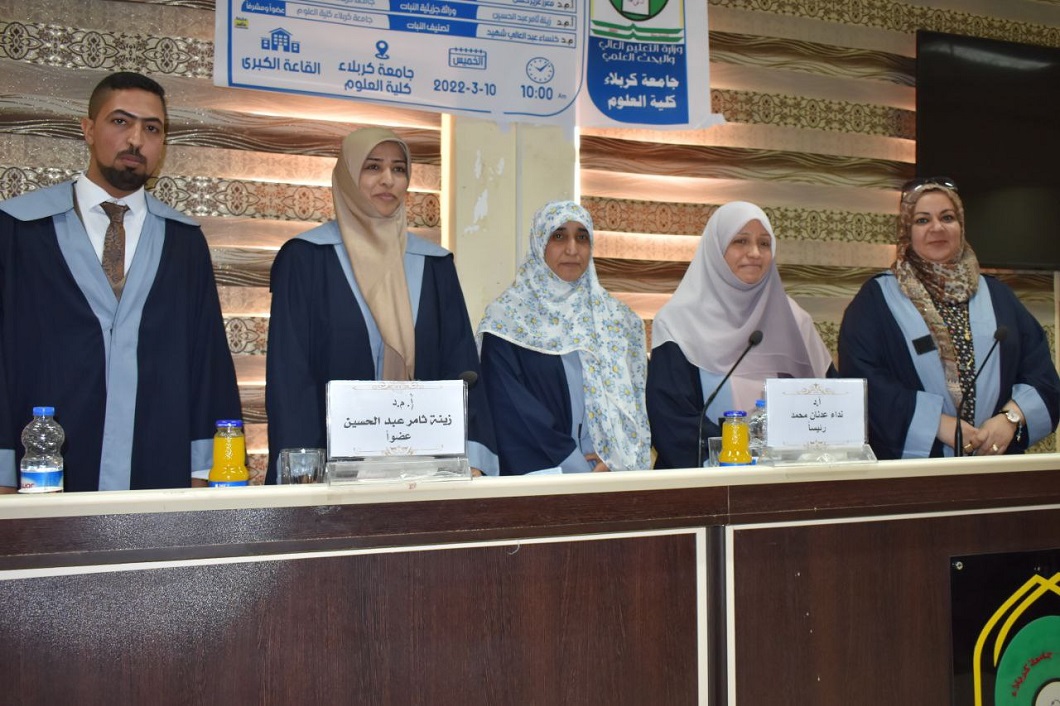 A master’s thesis in the College of Science has discussed a comparative study of some species Agrostideae, Meliceae and Milieae (Poaceae) in Iraq by the student Qasim Abbas Raheef.
The study aims to clarify the exact phenotypic characteristics of the epidermis of stems and leaves by anatomy, as well as to study the transverse sections of the stems and vertical sections in the leaf. The large, flexible spines and hairs, and the qualitative and quantitative characteristics of these parts gave great importance in isolating, separating and classifying the types of races. It was clear that their upper skin contained large, flexible hairs, and the epidermis of the rest of the species was empty of them, as well as the character of the number of rows of long cells in the middle race. It also has showed great importance in separating, isolating and diagnosing species, especially the distribution and arrangement of parenchyma and sclerenchyma tissues and the shape of the carcass in the leaves, especially the isolation of the type M. persica from the rest of the studied species that the stem is not hollow and all the stems were hollow in the rest of the species, as found in the type M. vernale The presence of a long flexible hair in the lower epidermis of the vertical section in the vegetative leaf. All species recorded the presence of mutations in Different sites in the genome sequences were identified and assigned.
The study recommended conducting comprehensive taxonomic studies for other species within the clans Agrostideae, Meliceae, Milieae and other clans within the grassy family that have not yet been studied, as well as studying chemical compounds for their taxonomic importance and conducting a molecular study of the ITS region and more specific genes of the currently studied gene to search more broadly for evolutionary and phylogenetic relationships At the level of genera and species, and studying pollen grains by electron microscope in a precise way to reach other taxonomic characteristics that separate the studied species.

”Modern electronic learning strategies in education” is a topic of a panel discussion in the Department of Biology.