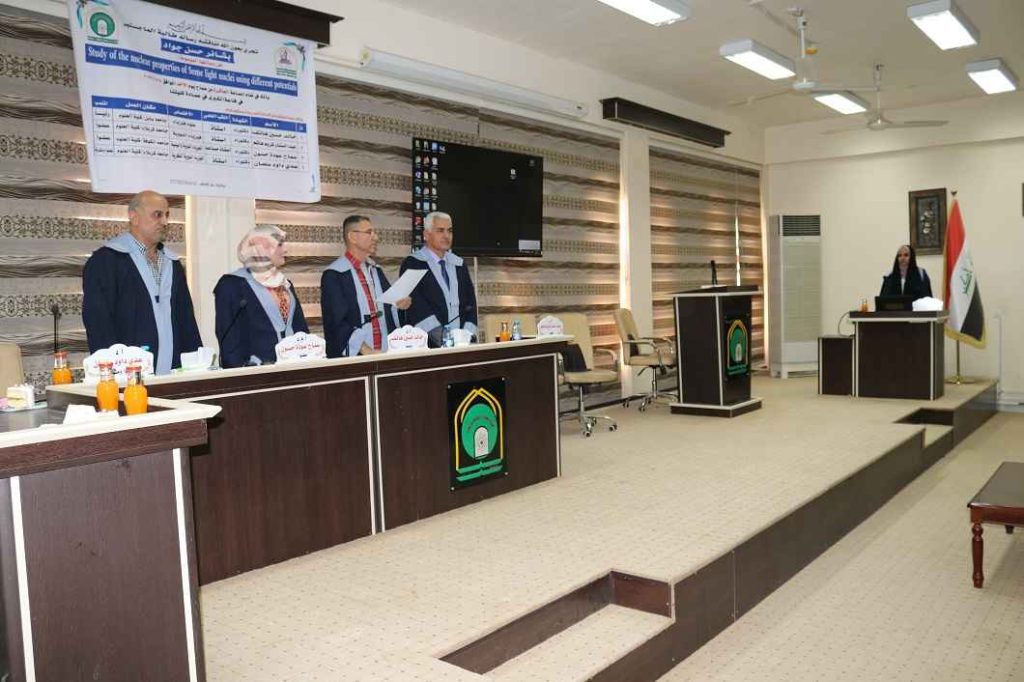 A master’s thesis at the College of Science at the University of Kerbala has discussed the study of the nuclear properties of some light nuclei using different potentials by student Beshaier Hassan Jawad.
The study aims to calculate the longitudinal and transverse (electrical and magnetic) morphology factors of the elastic and inelastic electron scattering of many cores in the p and sd shell using different voltages using a program. The study concluded that calculating the shell model three models of the model space are p, psd and spsdpf with the interactions of ckpot, psdmwk and wbm, respectively for the boron-10 and carbon-12 nuclei, and the zbme model space with the rewile interaction of the oxygen-17 nucleus using New shell program (). Nushell code are the results of the psd model space that includes the expansion of the p-space to include the sd shell with skyrim voltage. The results are in better agreement with the practical results and the carbon of the spsdpf expansion space due to the constraints placed on this space due to the limitations of the program. rewile results are in better agreement with the practical values than the results of previous studies.
The study recommended carrying out the same calculations to include other nuclei in the sd cortex, as well as using other interactions.