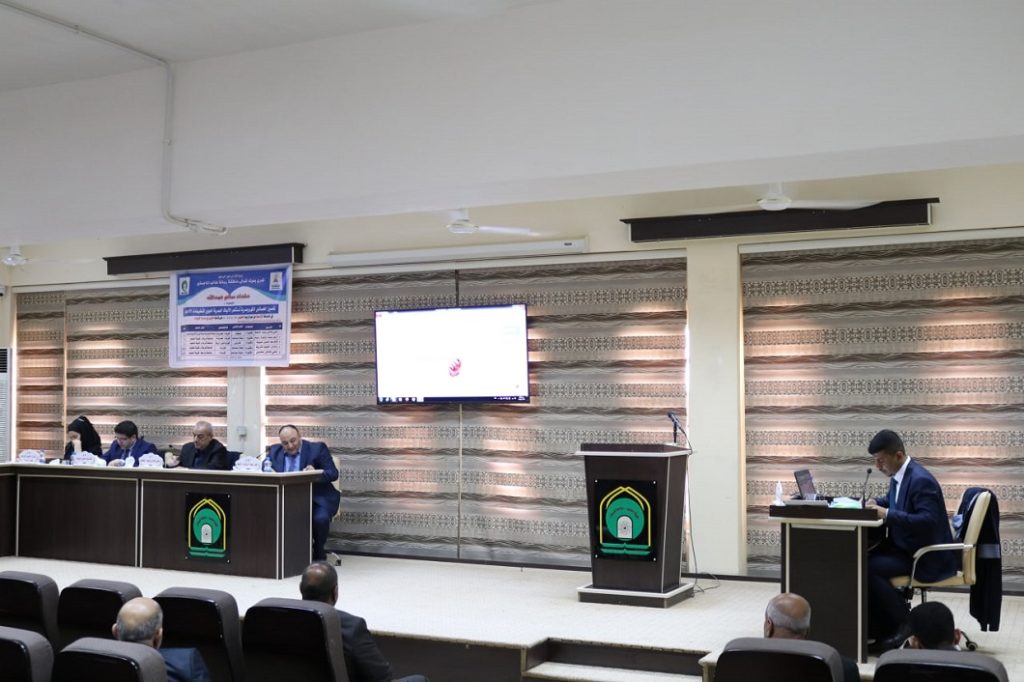 A master’s thesis at the College of Science at the University of Kerbala has discussed the study of manufacturing a biosensor using optical fibers by the student Miqdad Salem Abdullah.
The study aimed to manufacture a biosensor to detect uric acid and determine its concentration, in addition to studying the effect of changing the diameter of the optical fiber on the sensitivity and increasing the sensor’s ability to be sensitive to uric acid with a decrease in the concentration of samples.
The study concluded that changing the diameter of the optical fiber leads to an increase in sensitivity to uric acid and within specific ranges. As well as, the use of the chemical ablation process led to obtaining homogeneous diameters, and within the specified ranges, and the chemical ablation process contributed effectively to obtaining biosensors with efficient and reliable for the detection of acid. Also, the surface plasmon resonance wavelength increased with increasing concentration of uric acid samples.
The study recommended the use of other methods of reducing optical fibers and comparing them with the method of chemical ablation, as well as other types of metals for coating the optical fiber and comparing it with gold and samples containing different chemicals. Also, studying the selectivity of the sensor for each of them and different wavelengths of similar light sources and another optical fiber in the process Sensor manufacturing.